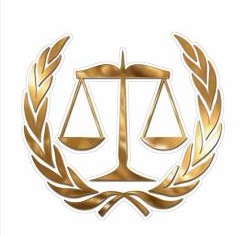 He graduated from Myrtle Beach High School in 1966, Presbyterian College in 1970 with a B.A. in English, and enlisted in the U.S. Army after graduation.  He was quickly selected to enter Officer Candidate School, after which he served as an infantry officer assigned to the signal corps. He was honorably discharged as a first lieutenant.

Jim helped his wife achieve her dream of becoming an attorney by encouraging her to go to law school in the late 1990’s. He and his wife then spent the last 22 years of his career practicing law together, and he was extremely proud when his daughter Jennifer joined the practice ten years ago. In his 45 years of practice, Jim was a mentor to many and a service to others. His kindness was unparalleled, and he experienced a rare delight in sharing his knowledge and stories with others, especially upcoming lawyers.  In addition, Jim was a man of great intellect, who loved playing chess and crossword puzzles. Jim had a quick wit and quiet charm, and he was a great friend to many. He also enjoyed the finer things in life, including a cold Coca-Cola—in fact, his children claim that drinking a Coke with Jim somehow tasted better. He was also an indiscriminate napper and prolific talker, the latter skill one he inherited from his mother.

Jim was a devoted family man. He delighted in his role as a proud father and “Pop Pop” to his grandchildren, enjoyed long phone calls with his siblings, and spent time with his parents in their final years. He was also a patient man, allegedly enduring his wife’s passion for showing and later breeding Irish Setters, though he was also known to keep dog biscuits for them in his bedside table.

The family would like to extend their deepest appreciation to the staff at MUSC. The memorial service will be held at the First Presbyterian Church of Myrtle Beach (Grissom Parkway) at 2:00 p.m. on Thursday, June 17, 2021. Visitors will be received after the service. In lieu of flowers, memorials may be sent to the First Presbyterian Church of Myrtle Beach (Building Fund) or a charity of one’s choice.

Please leave condolences at "The Tribute Wall" tab above.

To send flowers to the family or plant a tree in memory of James "Jim" Lamb Hills, Sr., please visit our floral store.