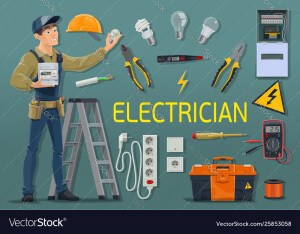 Charles Richard Fusaro entered into eternal rest on Easter Sunday, April 4, 2021 at his home with his wife, Janet, by his side.  Born in Stamford, CT on March 2, 1947, son of Nicholas and Antoinette Fusaro.  He relocated to Milford, CT in 1986 and finally to Myrtle Beach, SC in 2009 upon his retirement after 35 years from the service department at Sears Roebuck.

Charles was a 1965 graduate of J.M. Wright Technical School.  He later served 2 years with the U.S. Navy on the U.S.S. Garcia.

Charles is survived by his beloved wife of 45 years, Janet Rotelli Fusaro, his children Lisa (Lou) Autuori and David (Elizabeth) Fusaro both of Myrtle Beach, SC.  His grandchildren Cora, Lila and Chase, his mother Antoinette Fusaro of Myrtle Beach, SC, his brother Anthony (Marcia) Fusaro of Snowmass, CO, his sister Barbara (Paul) Hanrahan of Pagosa Springs, CO, brother in law and sister in law Barbara and Colin Schulze of Oxford, CT.  He was pre-deseased by his father Nicholas, his mother and father in law Arthur and Angelina Rotelli, Sr, his brother in laws Arthur Rotelli, Jr. and Stephen Schutz, and his faithful companion, Jezebel.

To send flowers to the family or plant a tree in memory of Charles R. Fusaro, please visit our floral store.

You can still show your support by sending flowers directly to the family, or by planting a memorial tree in the memory of Charles R. Fusaro
Share a memory
© 2021 McMillan-Small Funeral Home & Crematory. All Rights Reserved. Funeral Home website by CFS & TA | Terms of Use | Privacy Policy